Rail guns are already in development and firing test projectiles at Mach 6 through sheets of armor.

Pretty cool, huh? That’s not an explosive round, that’s just what happens when metal traveling at hypersonic speeds hits your armor plating.

The problem with rail guns, currently, is the power requirement. The above took 33 megajoules (one kilowatt hour, the rough equivalent of running your microwave oven for an hour, is 3.6 megajoules), limiting current rail gun designs to naval applications where they can be connected to large power plants for rapid recharging.

But if you had, say, a man portable fusion reactor, and were firing a projectile that weighed 0.25 kg instead of 25 kg, well now the power requirements sound manageable for a suit of power armor.

However, with such a light projectile (compared to an artillery piece), perhaps mach 6 just isn’t producing the kind of destruction you’d like. How do we make it even faster without making the barrel unwieldy? Clearly, we accelerate the projectile outside the gun.

This wouldn’t be the first attempt at rocket projectiles. The Gyrojet pistol and rifle were early attempts at individual rocket weapons. 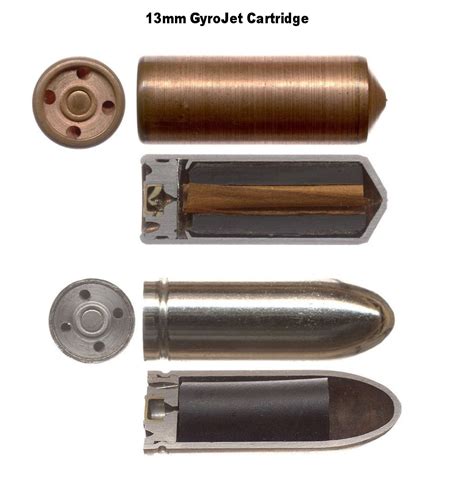 They were novel, and less than successful. However, the concept is good. Instead of igniting in the barrel, what if it were a scramjet round, igniting when the projectile leaves a low pressure barrel and hits standard atmosphere at hypersonic speeds?

Well, now you’re looking at theoretical speeds in the mach 10-12 range. And if that’s not enough energy for you, I’m afraid you’re just going to have to call for fire from real artillery.